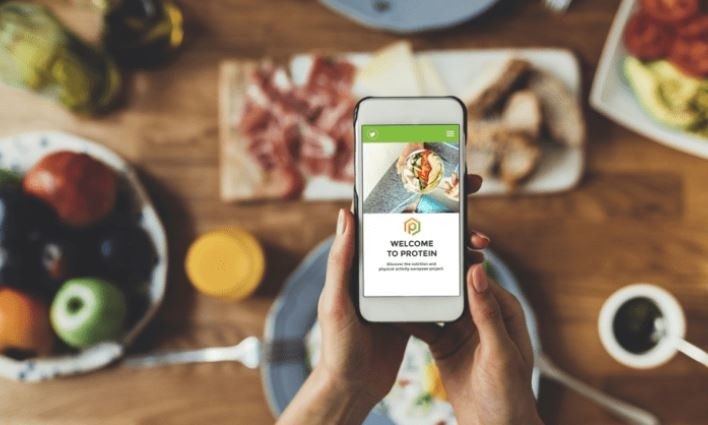 In the second quarter of 2012 and the second and third quarter of 2013, the National Institute of Statistics (INE), within the framework of the Food Consumption Monitoring Survey (ESCA), developed the National Food Consumption Survey ( ENCA), which has among its objectives to determine the pattern of actual food consumption in the home of the population of three (3) years and over, using as methods the reminder of the previous day and frequency of food consumption. According to this study, 96% of the sample ate more than three meals a day with an average energy consumption of 2,385 kcal and a caloric contribution of protein 12.6%, fat 20.2% and carbohydrates 67.2%. (12).

The INE in 2015 repeats the ENCA experience, finding changes in the food situation. The average energy consumption fell to 2,252 kcal, and the percentage of the sample that ate more than three times a day also fell to 94.1%; the caloric contribution from proteins, fats and carbohydrates was established at 13.5%, 20.1% and 66.4%, respectively. In this study, calcium consumption decreased to 612 mg and a contribution of only 58.3% of the daily requirement (6).

In 2015, the Latin American Study of Nutrition and Health (ELANS) (13) began in eight countries of the region: Argentina, Brazil, Colombia, Costa Rica, Chile, Ecuador, Peru and Venezuela in 9000 individuals. The objective was to obtain information about our countries’ diet, nutritional situation, and physical activity to face the new public health challenges.

The Venezuelan Study of Nutrition and Health (EVANS) was carried out between March to October 2015 to analyze from an epidemiological perspective the interrelationships between the anthropometric profile, the intake of food and beverages and physical activity in different strata of the Venezuelan population between 15 and 65 years old.

The study in Venezuela was carried out in a sample of 1,132 subjects between 15 and 65 years old, which is part of the Latin American Study of Nutrition and Health (ELANS) (13). It was a cross-sectional study in whose design a random, multistage, quota sampling by regions and cities was proposed so that a representative national urban sample of the country was formed. The fieldwork was carried out between March to October 2015 (14). The Bioethics Commission approved the study protocol of the School of Anthropology of the Central University of Venezuela. Each person selected signed an informed consent, in which the purpose of the research and the procedures used were explained.

In measuring food consumption, two 24-hour reminders (R-24h) were applied on non-consecutive days, following the international standard methodology presented previously (14). The R-24his one of the most common methodologies for evaluating food intake in individuals in epidemiological studies, as it provides detailed information about food consumption and can estimate the usual intake when taken several times (15). This method was considered the most cost-effective for this study. Among its advantages is that it is administered in a short time and is independent of the participants’ level of education; however, the precision of the data depends on the short-term memory of the respondent (1).

The R24h corresponded to the day before the interview and was questioned about all the foods that the study subject ingested from the moment he got up in the morning until he went to sleep at night. The Multiple Steps Methodology (MPM) consisted of a guided interview in 5 stages to improving the precision of the information obtained (15). The stages are:

At this stage, the photo album and aid units such as cups, glasses and spoons were used, and 5) a final revision test, which represents the last opportunity to remember the foods, encouraging the report of details or meals that were not taken into account.

The information provided by the sample subject was recorded in homemade measurements, which were transformed into grams or millilitres with the use of tables of measurements and Venezuelan rations (16). The Nutrition Data System for Research (NDSR) software developed by the University of Minnesota – the USA calculated the nutritional intake. Version 2013. Which guaranteed the reliability of the data and the comparison with the rest of the countries by using the same database of the nutritional composition of foods. In a previous publication, the process of standardization and adaptation of the database in each country was presented (17). The preparations or recipes not contained in the program’s database were entered into the program considering their ingredients and the standard quantities for a person, taking as reference national publications and books and references on Venezuelan cuisine. In total, 142 recipes were included such as empanadas, fororo, Andean chicha, tizana, chigüire, asopado, among others.