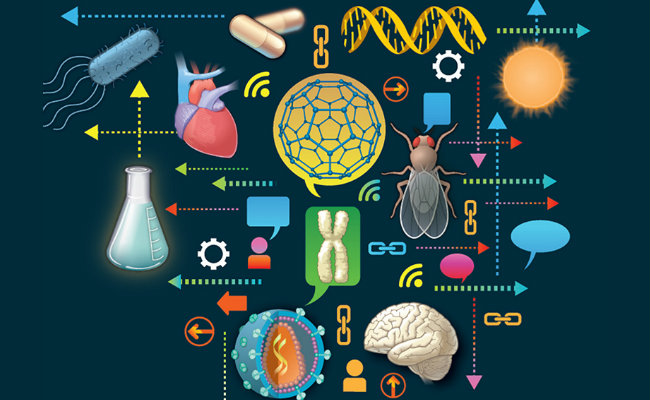 Since the origins of humanity, our species has eagerly pursued knowledge, trying to catalog and define it through clear and well-distinguishable concepts. In ancient Greece, scholars decided to establish a concept that would encompass knowledge, science.

It is necessary to clarify previously that a set of information acquired through experience or introspection is called knowledge and that it can be organized on a structure of objective facts accessible to different observers. Science is called that set of techniques and methods that are used to achieve such knowledge. The word comes from the Latin Scientia and, precisely, means knowledge.
DNA chain

The systematic application of these methods generates new objective (scientific) knowledge, which takes on a specific form. First, a prediction is made, which is tested through the scientific method and subjected to quantification. On the other hand, these predictions of science can be located within a structure thanks to the detection of universal rules, which allow us to describe how a system works. These same universal laws make it possible to know in advance how the system in question will act under certain circumstances.

Science can be divided into basic science and applied science (when scientific knowledge is applied to human needs). There are also other classifications of the sciences, such as those proposed by the German epistemologist Rudolf Carnap, who divided them into formal sciences (they have no factual content, such as logic and mathematics), natural sciences (their object of study is nature. Example: biology, chemistry, geology) and social sciences (dealing with aspects of culture and society, such as history, economics, and psychology).

Although each science has its characteristic research modality, scientific methods must meet several requirements, such as reproducibility (the ability to repeat an experiment anywhere and by anyone) and falsifiability (a theory must be able to stand in the face of evidence that manages to contradict it).

The steps of the scientific process are observation (a sample is taken), detailed description, induction (when the implicit general principle of the observed results is extracted), hypothesis (which explains the results and their cause-effect relationship), controlled experimentation (to test the hypothesis), the demonstration or refutation of the hypothesis and, finally, universal comparison (to contrast the hypothesis with reality).
Among the required processes that make up the scientific method, there is observation (the scientist must resort to his senses to analyze the fact in the same way that it is shown in reality), induction (starting with observations, the researcher must draw the characteristic principles of them), the establishment of a hypothesis (starting from the observation itself), the refutation or demonstration of it and the presentation of the scientific theory.

Among the different types of scientific methods, the dialectical, the experimental, the empirical-analytical, the phenomenological, the historical, and the hermeneutical stand out. Each of them has its applications and has its area of ​​action in which it turns out to be more profitable or more valuable than the rest.
What are auxiliary sciences?

They are all those that serve as a support for another discipline to meet its objectives or goals. These are scientific subjects that can support science in some specific aspects.

Although the expression can refer to different sciences, its meaning is closely associated with history. Its function is to complement and support a specific discipline, that is, to provide an instrumental dimension.

Therefore, to carry out a deep study of human behavior, it was necessary to create different scientific spaces was to work independently on each topic. In this way, psychology, anthropology, economics, and sociology emerged, studying behavior within a cultural context. It is about making an impartial observation and gathering data that helps to understand the matter and draw conclusions as objectively as possible.

A significant difference that needs to be mentioned is the one that exists between the exact and human sciences; in the former, every time an event wants to be repeated to carry out its verification, it can be done through the hypothetico-deductive method; however, in the human sciences, it is impossible to repeat the phenomena because the elements that interfere are social and temporary and can never happen identically. This led the social sciences to develop a diverse qualitative method, in which data from one environment are collected and compared with others taken in another circumstance or another environment, to reach an accurate conclusion of social statistics and culture of a town or group of individuals.