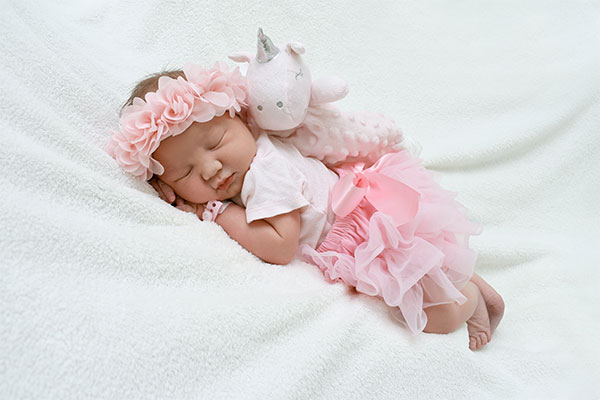 What does the Apgar score mean?

The Apgar score is carried out in the delivery room immediately after the baby is born. It is used to assess her physical condition and determine any immediate need for medical care or emergency treatment.

The test is usually given to the baby twice: the first time, one minute after birth, and the second time, five minutes later. Sometimes, if the baby’s physical condition is of concern or if the result of the second test is low, the baby can be evaluated for the third time 10 minutes later.

Five factors are used to evaluate the baby’s physical condition, and each factor is evaluated on a scale from 0 to 2, with 2 being the highest possible score. The factors are as follows:

Doctors, midwives, and nurses add the scores for these five factors to calculate the Apgar score, which ranges from 0 to 10, with 10 being the highest possible score.

What does the Apgar score mean?

A baby who scores eight or higher on the Apgar test is generally considered in good health. However, getting a lower score does not mean that the baby is sick or abnormal. All it means is that the baby needs some special immediate treatment, such as suctioning his airways or giving him oxygen, to help him breathe.

Some babies are born with conditions that require special medical care, and others take longer than usual to adjust to extrauterine life. Most babies who get a miniature low Apgar score on the first test do well after a short time.

New parents need to relativize their child’s Apgar score. This test was developed to help healthcare professionals assess the physical condition to know as soon as possible whether or not the baby needs immediate medical care. But it was not developed to predict a child’s health status, behavior, intellectual level, personality, or long-term performance. Very few babies get the maximum score of 10 because their hands and feet are often bluish until they warm up. And some entirely healthy babies score low on the first test.

Keep in mind that slightly low Apgar scores (especially the one obtained one minute after birth) are common in some newborns, especially those born in high-risk deliveries. Low scores are also typical of premature babies, who tend to have less muscle tone than full-term babies and who, in many cases, require more supervision and respiratory support due to their immaturity of the lungs.

If the baby is allowed time to adjust to the novelty of the extrauterine environment and the necessary medical care is given, most babies respond well.

In particular, the Apgar test is performed to determine if the baby has heart problems or needs help to breathe normally. It is done for the first time one minute after birth to check if she came through the birthing process well.

The test is repeated five minutes later to verify that she is adjusting well to the new environment in which she is now. Sometimes, if in doubt, a third test is performed 10 minutes after delivery.

The usual thing is that the first results give low figures, while they appear standard in the second. This is more common in complicated delivery, a cesarean section, or premature birth.

What is measured during the test?

The Apgar test measures five variables. Each of them receives a score of 0 to 2 points, which are then added together. Therefore, the maximum score a baby can receive is 10, although this is very rare.

Although the word “Apgar” is the name of the doctor who developed the test, it has also become an acronym to facilitate the practice of the test. Thus, each letter refers to one of the variables that are examined, as seen below:

Each variable is assigned a score, according to the following criteria:

One point: if the limbs are flexed.

Two points: when there is active movement.

One point: there are less than 100 beats per minute.

Two points: there are more than 100 beats per minute.

One point: there is facial movement and response with stimulation.

Two points: the baby coughs or sneezes, cries, and retracts the foot if stimulation occurs.

0 points: Skin appears blue, bluish-gray, or pale all over the body.

One point: the appearance is pink, but the limbs are blue.

Two points: the baby is rosy all over the body.

One point: the cry is weak and irregular.

How are the results interpreted?

Baby at the pediatrician

The test is carried out twice: after birth and after 5 minutes.

The Apgar test only serves to establish the baby’s health status at birth but does not determine what her health will be like from then on. As indicated before, the score is established on each item, and then a sum is made.

For the test done one minute after birth, the usual is that the total score is 7 to 9. The most common is that the score goes up when the test is done at five minutes. In any case, a score higher than seven is considered normal.

If the score is in a range of 5 to 7 in the first minute, it may require some nursing maneuvers to stabilize. It does not mean that the baby is sick, but rather that they may need help stabilizing.

If the score is 4, the baby is still probably fine but needs resuscitation. This is relatively common in complicated deliveries. When the score is less than 4, there are problems, and they require urgent medical attention.