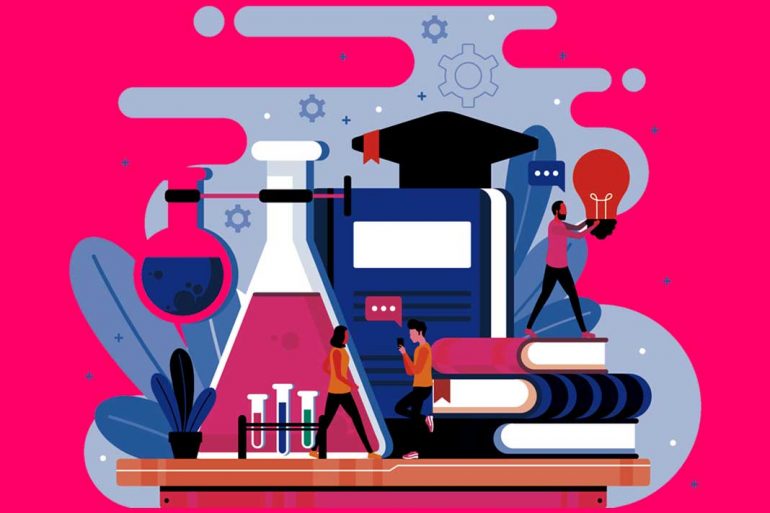 Science (in Latin Scientia, from scire, which means “to know”) is the set of systematic knowledge about nature, the beings that compose it, the phenomena that occur in it, and the laws that govern these phenomena. It is a faculty of man that allows him to find explanations to the studied phenomena and answers to the questions raised about specific events, through a set of ideas that can be provisional, because, with the continuous search activity and the effort of men and women, these explanations may vary and constitute new knowledge.

It is a series of neutral and verifiable knowledge about a specific topic. The concept of science extends into all branches of the different areas or fields of knowledge, where specialists carry out different studies and observations, implementing the scientific method so that it is possible to achieve new, confident, irrefutable knowledge. Valid and objective.

It is fundamentally based on experimental observations. These observations are structured through models, methods, and theories to form new knowledge. For this, objective criteria and a research method are established. Implementing this knowledge and methods leads to the formation of new knowledge in a style of concrete, proportionate and verifiable revelations aimed at observations of the past, present, and future.
On the contrary, some subjects that were perceived as scientific in the past have been discredited. Astrology, for example, required deep mathematical knowledge, and phrenology was highly regarded, especially by some political radicals. But neither of them would be awarded a science degree today. Although alchemy is often dismissed as superstitious ridiculousness, its instruments and techniques were crucial to the development of chemistry, and – like modern science – it had a well-established body of organized knowledge, based on experimentation and recorded in a coded language that only initiates could understand. In contrast, some previous notions that could also understandably be dismissed as bizarre, such as the Aristotelian touches of humor, the phlogiston, and the Ptomolean epicycles, are presented as the first steps on the ascent to the top of scientific truth.
Diversity

Many science reports are complacent and portray it as the successful end product of a process that shows the superiority of northwestern Europe. Science is also often depicted as the triumph of reason and its supremacy over religion, although there are also critical voices lamenting that the emphasis on material well-being and technological progress has undervalued spiritual insights and poetic descriptions. Over the past millennia, different cultures built extensive knowledge systems designed to describe the world in ways that were useful and made sense to them (Hobson, 2004). Some of these systems have been lost: for example, we do not know anything about the thought processes on which Stonehenge relies. Others, such as the beliefs of the Incas, have been dismissed as incorrect or irrelevant to international science, and a few – in particular, the traditional medical systems of China and India – have recently been recovered with some modifications. But most have been incorporated into a triumphalist history of continuous progress, according to which science was born in Europe during the revolutionary period demarcated by Copernicus and Newton.
Science is often characterized by following a unique method, whereby observations are collected to build hypotheses, experiments are designed to produce consistent results, and theories are tested by comparing predictions with reality. As desirable as such criteria may seem in the realm of ideas, they are not always met in practice. On the one hand, experiments are often designed to confirm theories rather than refute them; Famous examples of this are Newton when he claimed that he could demonstrate through prisms that white light is a mixture of different colors and the defense of Albert Einstein’s general theory of relativity for the eclipse expedition of 1919. Robert Millikan won the Nobel laureate for measuring the charge of an electron, but his notebooks reveal that he purposely omitted all the results he considered strange.
Science Classification

The classification of science is based on two main groups: factual and formal science; the first is the one that works on reality in its research, its technique is experimentation and observation. However, it also includes deduction. The second is the one that is based on logical reasoning and uses ideal objects. Its work tactic is deduction, which includes mathematics and logic.

The most general classifications are listed below:
Formal Sciences

The formal or ideal sciences are those whose main research objective is not the physical or chemical laws of the origin, nor the planet and nature, but a system of relationships that are, in principle, free of their content, although they can be implemented in the analysis of any section of reality.

Examples of formal or logical sciences include:
Math

The analysis of the formal-logical methods of calculations and the representation of what the human being has and its use in practical life is applied.
Logic

It is the study of systems of thought, that is, of the mechanisms and proportions of certain conclusions that emerge from them.
natural Sciences

They are dedicated to the study of nature, which is made up of the following branches:
Astronomy

Study and investigate the celestial stars and the intercommunication between them.