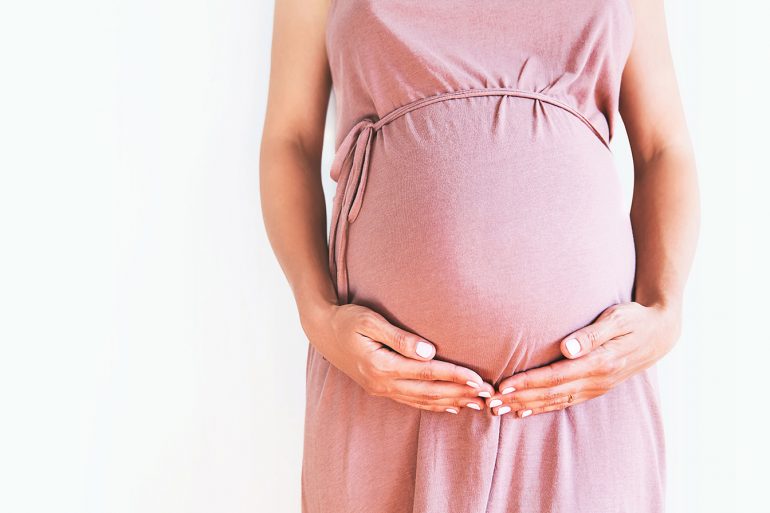 What does ovulation have to do with basal body temperature?

The waking temperature of the body changes in women as soon as ovulation occurs due to the corpus luteum hormone progesterone. The body makes the hormone to prepare the uterus for a possible pregnancy. In the first half of a woman’s cycle, from the beginning of her period to ovulation, the temperature is lower than in the second half of her cycle. On the day of ovulation or the day before ovulation, the temperature drops shortly before it rises by 0.2 to 0.5 ° C.
How do I know when I am ovulating based on my basal body temperature?

Anyone who measures and records the basal temperature every day receives a temperature curve and can use the temperature difference visible therein to limit ovulation. The egg can be fertilized for about twelve to 24 hours after ovulation. Since sperm can survive in the female body for five days, women have five to six fertile days per cycle.

According to the NFP (Natural Family Planning) rules, the non-fertile days in the cycle are determined with the temperature in dual control with the cervical mucus or cervix. The symptothermal method is only meaningful after three cycles – the more measurements and the more cycles, the more precisely the fertile window can be narrowed down.
Why should I choose the Ovy Bluetooth basal thermometer?

The Ivy Bluetooth basal thermometer makes the manual transfer of the temperature redundant because the measurement data transfer to an app automatically via Bluetooth. It has a standard measurement time of three minutes. At the end of the measuring time, the temperature value is automatically transferred to the Ovy app. You will be informed about the end of the measurement by vibration or sound alarm. You can activate both signals independently of each other.
Why do I have to measure three minutes?

According to the NFP regulations, a measurement time of three minutes is recommended. Anyone who uses the Ovy app to control conception should adhere to this requirement. Especially women with irregular cycles observe that they get a “more stable” curve with the 3-minute measurement values.
What if I forgot to take a measurement?

If a measurement is missed around ovulation, no prediction or a delayed prediction of the fertile or infertile phase can be made. If the infertile phase after ovulation has been calculated according to NFP and the evaluation for the cycle is thus concluded, it is not necessary to continue measuring.
Evaluate basal temperature curve: that’s how it works.

Regularly and carefully measuring your basal body temperature is the first step. It is best to record the measurement results directly in a special curve sheet. This is either available when you buy a basal thermometer, or you can print out an online template.

Determine ovulation with the basal temperature

If you have ovulated, your body produces the sex hormone progestin. They are only formed when ovulation has preceded them. So if you can measure a slightly increased basal temperature, this is also a relatively reliable indicator that an egg is migrating towards the uterus.

According to the World Health Organization (WHO), the following conditions apply to be able to determine ovulation using the basal temperature:

After ovulation, the egg can be fertilized for up to 24 hours. However, sperm can survive in the female body for up to five days. This gives you around five to six fertile days per cycle.

How safe is the basal body temperature measurement?

The temperature method has a Pearl Index of 0.8 to 3. This means that out of 100 women who use this method, up to three of them will still get pregnant. This makes basal body temperature measurement a very safe method of contraception.

However, the Pearl Index only applies if you strictly adhere to the guidelines and only have sexual intercourse in the infertile days after jumping in.